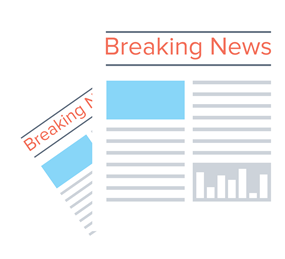 24th Jul
2019
Extreme heat can force the body into overdrive as it tries to stay cool through perspiration and evaporation. Heat kills by pushing the human body beyond its limits. In extreme heat and high humidity, evaporation slows, and the body must work extra hard to maintain a normal temperature. During heat waves, which are extended periods of extreme heat often accompanied by high humidity, conditions can be dangerous and even life-threatening for people who don't take the proper precautions Most heat disorders occur because the victim has been overexposed to heat or has over-exercised for his or her age and physical condition. Older adults, young children and those who are sick or overweight are more likely to succumb to extreme heat. Conditions that can induce heat-related illnesses include stagnant atmospheric conditions and poor air quality. END_OF_DOCUMENT_TOKEN_TO_BE_REPLACED
14th May
2018
Data from the first gender pay gap reports that were due 5 April have been released and the findings are disheartening. Organisations with at least 250 employees were required to disclose the pay gap between male and female employees, including their bonuses. According to the reports, 78 per cent of women work for organisations that pay them less than their male colleagues. What’s more, women earn, on average, 18 per cent less than their male co-workers, while the average gap for the companies that were required to report was 9.7 per cent. END_OF_DOCUMENT_TOKEN_TO_BE_REPLACED
7th May
2018
A quarter of UK homes contain some kind of smart device, such as smart plugs and wireless security cameras, according to a survey from technology retailer, Maplin. What’s more, 420 million smart devices are expected to be installed in homes across the country by 2020, according to government estimates. Each smart device is vulnerable to cyber-criminals and, while not every device may provide them with sensitive personal information, it can nevertheless act as a way into your home. END_OF_DOCUMENT_TOKEN_TO_BE_REPLACED

BACK TO TOP
We use cookies to ensure that we give you the best experience on our website. If you continue to use this site we will assume that you are happy with it.Ok